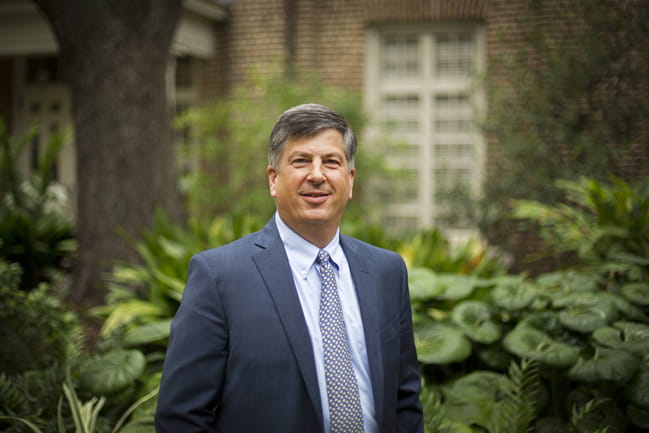 Hall was recruited to the faculty of the MUSC College of Pharmacy in 1991 as an assistant professor. Serving in a number of leadership roles as a member of the faculty, both in the College and at the University level, he was promoted to associate professor in 1998 and was promoted to full professor in 2009. He served as associate dean for the MUSC campus of the South Carolina College of Pharmacy from 2004 to 2010, taking a significant role in developing the joint curriculum of the integrated college, program assessment, and admitting and advising students.

He practiced pharmacy at the Hollings Cancer Center and Medical University Hospital in Charleston until February 2010, when he began serving as campus dean at MUSC. With the 2016 accreditation of the MUSC College of Pharmacy as an independent institution, Hall became dean of the College.

His research, both clinical and laboratory-based, has focused on harnessing the immune system against cancer; he has received funding from the National Cancer Institute, Leukemia & Lymphoma Society, the American College of Clinical Pharmacy, and the pharmaceutical industry. Currently, his research focuses on factors that predict a student's success in pharmacy school.

One of his greatest passions is teaching and his teaching experience includes both didactic and experiential teaching. An acclaimed instructor, he has won a number of teaching awards both in the classroom and by the bedside.

He has been named professor/teacher/preceptor of the year 10 times, including most recently as fourth-year class Professor of the Year and the Overall Teacher of the Year, both in 2009. Hall lives in Mt. Pleasant, S.C. with his wife Rayna Kneuper-Hall, former chief of hematology/oncology at the Ralph H. Johnson VA Medical Center and assistant professor of hematology/oncology at MUSC. The couple has raised two children, daughter Lauren and son Brandon.

Under the leadership of Dean Philip Hall, the College of Pharmacy leadership team assists Dr. Hall in carrying out the strategic plan of the College as it relates to academics, experiential education, research, assessment, finance, philanthropy and communication.

The MUSC College of Pharmacy Dean’s Advisory Council exists to promote and improve the MUSC College of Pharmacy. The Council shall assist the dean in advancing the quality and impact of the MUSC Pharmacy experience by providing insight on emerging trends in health care, the pharmaceutical industry and related fields that will directly impact pharmacy education. Council members will also serve as ambassadors, advocates, and supporters of the College and its programs.

The Building Leadership Committee works closely with the Dean of the MUSC College of Pharmacy and Director of Development in support of the Building the Future of Pharmacy campaign, the largest philanthropic campaign in the history of the College.